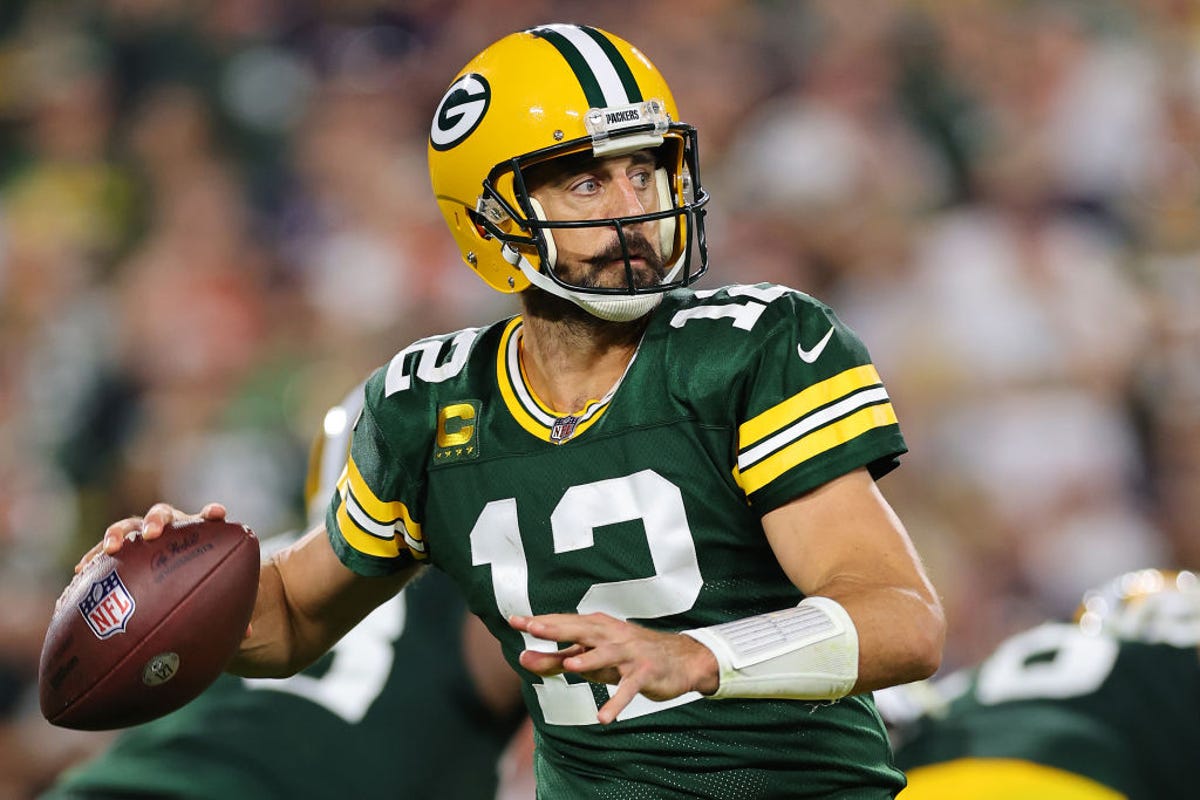 It’s been a rough ride in Green Bay over the first two months of the season. The Packers have only four wins against six losses and could fall out of the playoff race unless they begin to put some wins together. Aaron Rodgers has yet to find any rhythm with his receivers, but rookie wideout Christian Watson emerged in the team’s win last week with more than 100 yards receiving and three touchdowns. If the Rodgers-to-Watson connection gets going, the Packers could sneak back into the Wild Card race. They’ll host the Titans on Thursday Night Football at Lambeau Field. For 6-3 Tennessee, the winning formula is simple: hand the ball off to Derrick Henry. Kickoff is set for 8:15 p.m. ET (7:15 p.m. CT, 5:15 p.m. PT) tonight with the game streaming nationally on Prime Video and for free on Twitch.

Here’s how to watch the Titans-Packers game this evening, as well as the rest of the NFL season, without cable.

In past years, Thursday Night Football games were shown on Prime Video but were also available on Fox or NFL Network. This year, the games on Thursday nights will be available nationally on Amazon’s platforms, giving NFL fans more incentive than free two-day shipping to sign up for an Amazon Prime account for $15 a month or $139 a year. You can also subscribe only to Prime Video for $9 a month.

While Amazon is adding a host of additional features for its Prime Video subscribers (including Alexa and X-Ray integration and alternative broadcasts), you don’t need an Amazon Prime or Prime Video subscription to watch the game.

Fans in the local market of each team playing on Thursday night will be able to watch on an over-the-air station, while those who don’t pay for either of Amazon’s services can watch for free on Prime Video’s Twitch channel (Twitch is also owned by Amazon).

If you subscribe to NFL Plus, the league’s $5-per-month streaming service, you can also stream the game without subscribing to Prime or Prime Video. Note that NFL Plus viewing is limited to watching on just a phone or tablet, not on a computer or TV.

Can I watch Thursday Night Football on local TV?

You can. Front Office Sports’ A.J. Perez has put together a handy list of which local channels in which market will broadcast Thursday Night Football games when their respective teams are playing. For this week, that’s WTVF CBS 5 in Nashville for the Tennessee faithful. For Packers fans, you can watch it on WGBA NBC 26 in Green Bay or WITI Fox 6 in Milwaukee.

Paying for cable is the easiest solution, but not the cheapest. For cord-cutters looking to save some money, NFL football streaming options can get a bit complicated, with games played across three different days and nights each week on different channels and streaming services.

And then there’s ESPN Plus, which had an exclusive game in Week 8 when the Broncos took on the Jaguars in London.

You can also add RedZone through the company’s $11-a-month Sports Extra add-on.

There are some apps that offer CBS’ slate of Sunday AFC games live, including Paramount Plus’ Premium tier for $10 a month. Depending on where you live, however, your local CBS station (and those NFL games) might not be available. CBS offers livestreaming services in many markets; you can check for yourself if your area has live CBS streaming here.

Thursday Night games, starting with Week 2, will be available only on Amazon Prime Video (plus the local TV stations in the market of each team playing). For millions of Amazon Prime subscribers, the Prime Video channel is already included at no extra cost. But if you’re not a subscriber, it might be worth it to shell out the $9 a month for the stand-alone TV service fee.

Sling TV’s $40-a-month Blue plan includes NBC, Fox and the NFL Network. Enter your address to see which local channels are available where you live. NFL RedZone is also available for an extra $11 a month.

Note: This version of Sling TV doesn’t include ESPN. For that, you’ll need to switch to the similarly priced Orange plan or go for the combined $55-a-month Orange and Blue bundle. With the combined plan, RedZone is an extra $15 a month.

Those looking for CBS games will be able to stream them on Paramount Plus with its $10 monthly Premium tier. You can check for yourself if your area has live CBS streaming.