You’ve dropped your iPhone into water, and now you’re rushing to dry it off. What you do next is important, because any lack of agency could leave water stuck in your device, which could result in a non-responsive screen, a muffled speakers and a damaged phone. But before you rush to throw your iPhone into a bowl of rice, there’s a neat trick involving a low-frequency tone that can help get out water trapped in the speakers.

Thanks to the Water Eject shortcut, available for free, you can blast out water from your iPhone so that it potentially doesn’t get damaged. Here’s what you need to know about the iOS shortcut and how you can set it up on your Apple device.

Read more: Can I Go Swimming With My iPhone? Breaking Down Water-Resistance Ratings

Every single iPhone since the iPhone 7 is water-resistant to some degree. The iPhone X carries a IP67 rating, which means it can be submerged in a maximum of 1 meter of water for up to 30 minutes, while the most recent iPhone 13 Pro Max boasts an IP68 rating, meaning it can handle being underwater at a depth of 6 meters for 30 minutes.

However, while your iPhone may survive an extended stay underwater, there’s still the possibility that water can get trapped in the speakers and cause issues later on. This is why you might need the low-frequency tone shortcut to eject the water out.

How does a low-frequency tone get water out of the iPhone speakers?

The Apple Watch Series 2 and later models all have a built-in feature known as Water Lock, which plays a series of sounds that rattle and shake the device enough to eject water that’s inside the Apple Watch.

The Water Eject shortcut for the iPhone works similarly: When the shortcut is activated, an ultralow 165Hz-frequency sound plays that helps push out water that’s trapped inside the speakers.

For this to work, you need the Shortcuts app

The trick we’ll be using for this requires the Shortcuts application, which allows you to create and use automated tasks on iOS. For example, you can automatically play a certain Apple Music playlist when you go to the gym, or have Siri read the news to you when you wake up.

The Shortcuts app is installed by default, but if you’ve deleted it for any reason, you can always redownload it from the App Store.

Water Eject, created by @Josh0678, is a third-party shortcut you can download for free from RoutineHub, a community where developers post their shortcuts for iOS.

You can download the shortcut directly from this link on your iPhone.

Once you download the shortcut, you’ll be redirected to the Shortcuts app, where you’ll then be instructed to install or Add Shortcut to your library.

After you add the shortcut, make sure that your phone’s volume is at its highest, to get the most vibration. In the Shortcuts app, go to the My Shortcuts page and tap the Water Eject shortcut at the top to run it.

A menu will appear with the following options:

Choose Begin or Touch to play the low-frequency tone and begin ejecting water from out of your speakers. The shortcut may not eject all of the water trapped inside, but it should get a good amount out.

While you may be tempted to play the low-frequency tone for an extended amount of time, don’t play it for too long — it could potentially have a detrimental effect on your speakers.

If water remains lodged in your iPhone, Apple recommends that you wipe your device with a soft, lint-free cloth, like a lens cloth. You should then place the charging port against your palm and gently tap it down a few times to remove any trapped water. Place the iPhone in a dry area with some airflow to hopefully remove the rest of the trapped moisture. 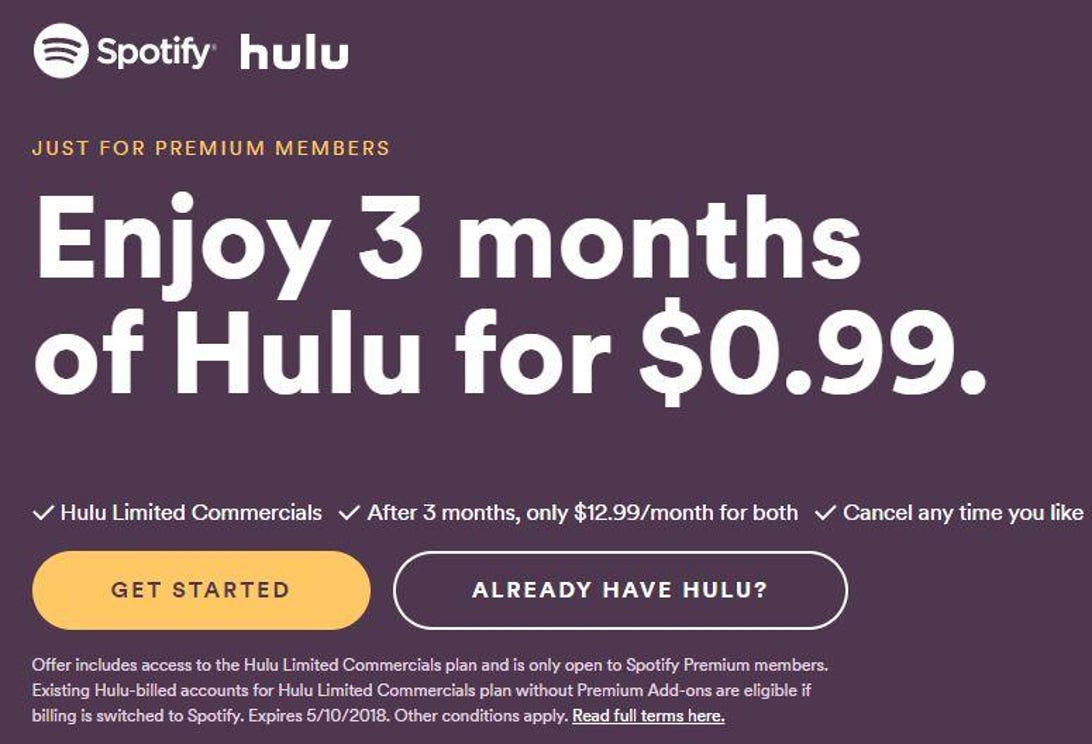 7 things you should know about the Spotify-Hulu deal