There’s a new TV tech on the horizon, and it promises incredible picture quality and even more incredible sizes. You can buy one right now if you’ve got deep pockets. It’s called MicroLED, and it combines the best features of the current TV technologies into something new — and huge. Using millions of tiny individually addressable LEDs, MicroLED promises to rival the picture quality of OLED, the current champion, but with better brightness and lower chance of burn-in.

LG is the latest company to announce MicroLED displays, with their DVLED wall-size TVs, some of which cost over $1,000,000. Samsung has shown MicroLED prototypes at CES for the last few years, ranging in size between 75 and 292 inches, and this year started selling a $156,000, 110-inch model that could display four 55-inch HD images at the same time. Sony has its own version of MicroLED, called Crystal LED, that’s currently only for the commercial market, but allows for massive wall-sized screens.

Although super-expensive now, MicroLED is on the cusp of being the next great display technology. And it could end up in your home sometime in the future, even if you’re not rich. Here’s what you need to know.

The first thing to understand is that MicroLED is a different technology from mini-LED. Though they’re both new and similar-sounding, mini-LED is an evolution of current LCD TV technology. It uses more and smaller LEDs as part of the backlight, but an LCD panel is still used to create an image.

With MicroLED, on the other hand, the LEDs themselves directly create the image. The picture you watch is composed of individually-addressable LEDs, which makes it more like how OLED works. No more LCDs.

You can buy mini-LED TVs now for the same price as other technologies. MicroLED TVs are currently huge and expensive, but getting smaller and cheaper.

Here’s how it works. As the name suggests, MicroLED is made of millions of micro, well, LEDs. Tinier versions of what’s in your current LCD TV, or newer flashlights, light bulbs and what myriad other devices use to create light. This makes MicroLED seem simple. So why did it take so long just to make smaller LEDs and stick them in a TV?

A closer look at MicroLED

Turns out that process is a lot harder than it sounds. One problem is that when you shrink LEDs, the total amount of light they produce goes down. So you either need to drive them harder, increase their efficiency, or both. Just driving them harder introduces new issues. The TV will need a lot more electricity and have to dissipate a lot more heat. The dozens of LEDs in your current TV don’t emit that much heat, certainly not compared to older technologies like plasma and CRT, but put millions of them right next to each other and things can get toasty.

Shrinking the gap between the pixels, or the “pitch size,” is another huge challenge. The circuitry and other necessary elements can only get so small. If you can’t reduce the pitch size, there’s a limit to how small a MicroLED TV can be. Hence how impressive Samsung’s “smaller” 88-inch MicroLED is.

Sure, wall-size TVs are cool, but no one will buy them. If a manufacturer wants to make a profit on its new tech, it needs something easy to make in the 60-inch range, or smaller. If they can do that, the big sizes will get even cheaper.

And then there’s the cost. Instead of a few dozen, yellow-blue “white” LEDs like you get on a normal TV, or even the few thousand in mini-LED TVs, you have 8.3 million LEDs, one for each pixel on a 4K 3,840×2,160-pixel display. Actually, it’s way worse than that. Since you need red, green and blue LEDs for each pixel, that means there are nearly 25 million total LEDs. Thousands of these are then grouped in modules, and multiple modules make up a TV, wall or movie screen.

OK, so those are the challenges. Engineers like challenges. And in the history of consumer electronics, the trend is for smaller and more efficient.

The potential positives are numerous: Brighter images than OLED, but with the same ability to turn off each pixel, for a similarly perfect black. This would mean an even punchier, more realistic image than OLED and better HDR reproduction.

And remember what I said about smaller and more efficient? Samsung’s original 146-inch The Wall microLED prototype has a pixel size under 1mm. The 75-inch has LED chips in the 0.15mm range.

The modularity of MicroLED makes it a bit easier to scale the size of the displays, too. To oversimplify, say a 50-inch TV has 10 modules with around 830,000 pixels on each module. Put more of those same modules together, and a company could sell an 8K, 100-inch TV for essentially no difference in production costs. Same production cost, plus a higher retail price? Companies love that stuff.

This oversimplifies the whole thing a bit, but that’s the general idea. With the right processing, it wouldn’t matter if your TV is exactly 4K resolution, or if it’s 5,327×2,997 or 8,000×4,500 pixels. If your dream is a wall-size display with 10K resolution, this could be the way to get it.

To put it another way, current LCD and OLED TVs have different size pixels for different screen sizes. So a 4K 75-inch LCD has larger pixels, but the same number, as a 4K 50-inch LCD. MicroLED could, possibly, just add more pixels of the same size to make a larger, and higher resolution, TV. This could turn out easier than changing the tiny LED pixel sizes, from a manufacturing standpoint. We’ll have to wait and see if it happens that way. Right now though, Samsung’s three sizes have the same resolution, meaning the 88-inch has the smallest pixels of the lot.

Samsung was the first to get MicroLED to the consumer market, but it’s not the only one in the game. TCL and others are working on the technology. Sony’s Crystal LED has been around since at least 2012, and while it now has two different models, it’s for the commercial market. Several of LG’s DVLED Home Cinema models use MicroLED.

MicroLED isn’t all about massive screens, however. Apple currently uses OLED displays for the high-end iPhones and the Apple Watch, but it’s reportedly developing its own in-house MicroLED displays for use in mobile devices. That’s likely a long way off, however, since Apple has rarely been the first to market with a cutting-edge hardware.

Then there’s Vuzix. Their Next Gen Smart Glasses are using microLED projectors embedded in the frames to project images onto the specially etched surface of the lenses. Previous smart glasses used DLP, which was small but not small enough to easily fit within normal glasses frames. MicroLED is small enough that it can fit inside what basically look like normal frames. It will be interesting to see where else Vuzix, and other companies, can fit tiny microLED projectors.

LG is the latest company to announce MicroLED displays, though not every model from their DVLED Home Cinema line is MicroLED. Sizes range from 108-inches to 393-inches, with HD, 4K, and even 8K resolutions. You can even get 32:9 models that allow two full-sized 16:9 shows or games running simultaneously side-by-side.

Like any new technology, there are a few drawbacks. The price, for one, with even the smallest HD version costing $70,000 and the largest 8K version costing a cool $1,700,000. And what’s not cool is the heat, with all models putting out enough BTUs to heat a small home.

They’re fascinating, though, and a glimpse at what’s to come. For more info, check out LG’s outrageous direct-view LED TV tops out at 325 inches, $1.7 million.

It wasn’t long ago that OLED was a far-off future tech that never seemed to leave the prototype stage. Now there are multiple sizes and resolutions that would have seemed impossible in the tech’s early days. It’s possible we’re now in the early days of microLED. It’s a technology that holds a lot of promise, in both picture quality, screen size and myriad other uses — but it’s not without its issues. Heat and price are stumbling blocks, but engineers love a challenge. The fact that you can, if you’ve got $100,000 or so to burn, buy one now says a lot. Could this replace LCD TVs in many homes? Maybe. Could it give OLED a run for its money? Possibly. Will it replace projectors? Could be. As I said, it’s an interesting technology.

You can follow his exploits on Instagram and his travel video series on YouTube. He also wrote a bestselling sci-fi novel about city-size submarines, along with a sequel. 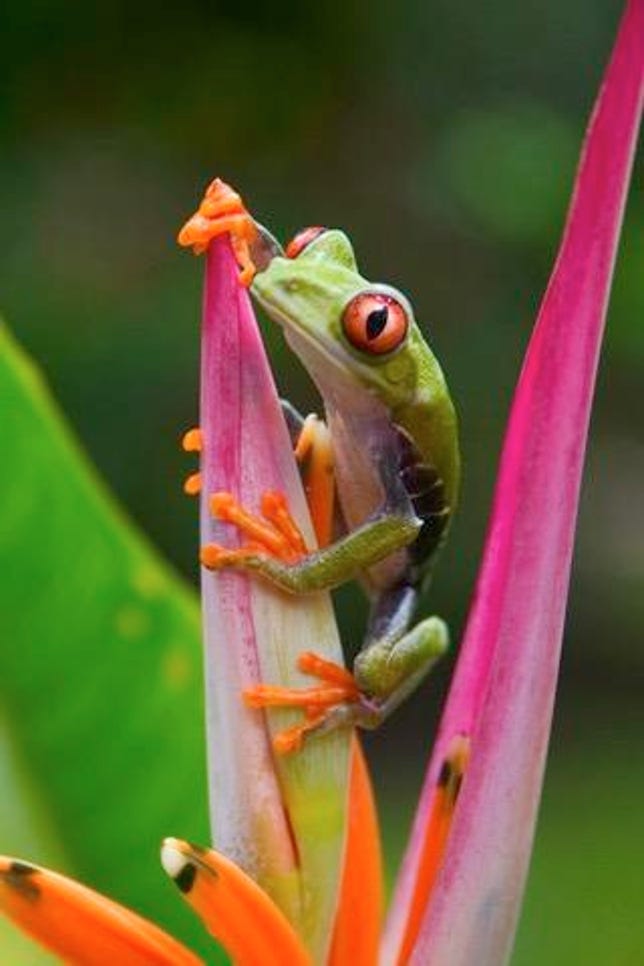 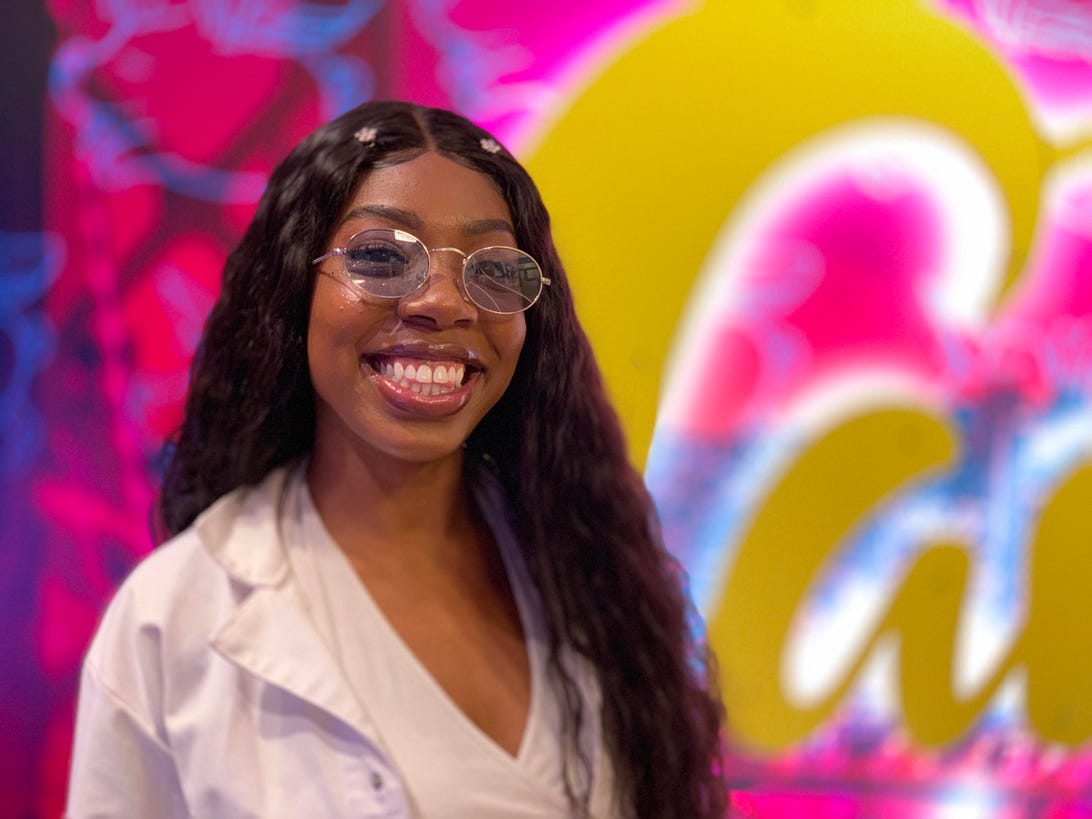 iPhone XR camera: Just how good will it be?