After a defeat of their own making in Europe in midweek, Ole Gunnar Solskjaer will be hoping for no similar slip ups as the Red Devils return to domestic action against a buoyant home side. Read on to find out how to watch West Ham vs Man United online and get a Premier League live stream, no matter where you are in the world this weekend.

United got off to the worst possible start in the opening match of their Champions League Group campaign, with Aaron Wan-Bissaka’s costly red card and Jesse Lingard’s inadvertent defence-splitting backless which led to Young Boys’ late winner in their 2-1 defeat in Bern on Tuesday.

Lingard will now be hoping to get the chance to make amends for that mistake against the club where he effectively resurrected his career on loan last season.

Many had expected Lingard to make his move to East London permanent in the summer, but the Hammers nevertheless appear to be going great guns without him so far this season. Thursday’s impressive 2-0 away win against Dinamo Zagreb underlined their recent progress.

Former Man United boss David Moyes has his current club well-drilled, and while the loss of star striker Michail Antonio to suspension for this fixture may nullify their attacking threat, the Hammers resolute defence will be a tough nut to crack for Cristiano Ronaldo and co this afternoon.

Follow our guide to get a West Ham vs Man United live stream and watch the Premier League online from anywhere on Sunday.

If you’re abroad right now and struggling to tap into your local coverage of the game, you’ll want a VPN. This’ll help you circumvent the geo-blocking that will try to stop you watching a West Ham vs Man United live stream in particular parts of the world.

They’re a useful means of getting around this issue, are cheap, and easy to set-up as well.

How to watch West Ham vs Man United: live stream Premier League football in the UK

This fixture will be shown exclusively on Sky Sports via its Premier League and Main Event channels.

The game is set to kick-off in front of an expected capacity crowd at the London Stadium at 2pm BST, with coverage of the game starting at 1pm BST.

Sky customers with a Sky Sports subscription can watch this game on the go on mobile devices via the Sky Go streaming service, which has dedicated apps for iOS, iPadOS and Android devices along with Xbox and PlayStation consoles. If you want to sign up, you can check out our dedicated guide to Sky TV deals and packages for today’s best prices.

If you don’t fancy being locked in to a long, expensive contract, consider the more flexible streaming option, Now, (formerly Now TV).

Those outside the UK wanting to watch their Premier League coverage like they would at home needn’t worry about geo-blockers, either – as they can just pick up an ExpressVPN trial for 30 days and follow the instructions above to safely live stream the action.

NBC is the official US broadcaster for the 2021/22 Premier League season and it shows every match.

You can tune in to West Ham vs Man United via NBC if you have it as part of your cable plan, with the game kicking off at 9am ET / 6am PT.

If you don’t have cable, a really cheap option is NBC’s streaming service Peacock TV. You’ll need to sign up for the Peacock Premium  tier to watch this match.

It costs just $4.99 a month and boasts 175 exclusive matches this season in addition to loads of other great content.

If you subscribe to this or any other US streaming service and find yourself unable to access coverage because you’re out of the country, remember the VPN solution outlined above – of the many options, we rate ExpressVPN as the best of the best.

Streaming service DAZN is the sole rights holder for live Premier League matches the 2021/22 season in Canada and will be showing every single match, including West Ham vs Man United, with kick-off scheduled for 9am ET / 6am PT.

Optus Sport has exclusive rights to show every single Premier League fixture this season live in Australia – so it’s the place to watch Leeds vs Liverpool in the land of Down Under. The game kicks off at 11pm AEDT late on Sunday night.

Anyone who isn’t already signed up to the Optus telecommunications network can also take advantage of monthly subscriptions to Optus Sport and watch all the games live. The service is available for $14.99 per month and can be accessed via Google Play or the App Store.

Streaming service Spark Sport has the rights to show the EPL in New Zealand again for the 2021/22 season. It also offers a 1-month free trial so you can watch West Ham vs Man United at no extra cost. Kick-off is scheduled for 1am NZDT in the early hours of Monday morning.

Star Sports subscribers in India, you’re in luck! You can watch West Ham vs Man United, and the rest of the 2021/22 season, live – either via the Star Sports TV channels or by getting a Disney+ Hotstar Premium streaming subscription from just 299 rupees a month or 1,499 rupees for a year’s subscription.

Leeds vs Liverpool kicks off at 6.30pm IST on Sunday evening. 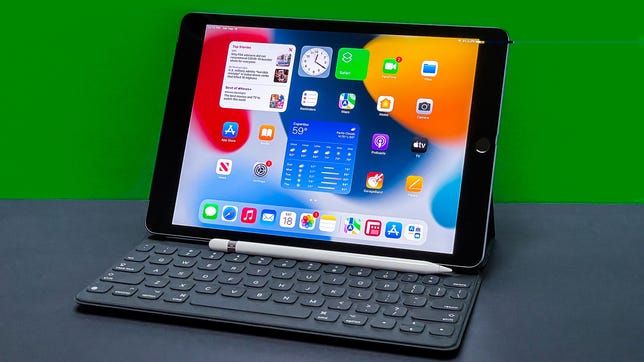 Best Prime Day iPad Deals: Save $40 on an iPad Air, $100 on an iPad Pro You'll find discounts at Amazon and Walmart right now on all of Apple's tablets as Prime Day nears. Your next drone or action cam will shoot 8K video, 4K at 240fps with Ambarella’s new chip