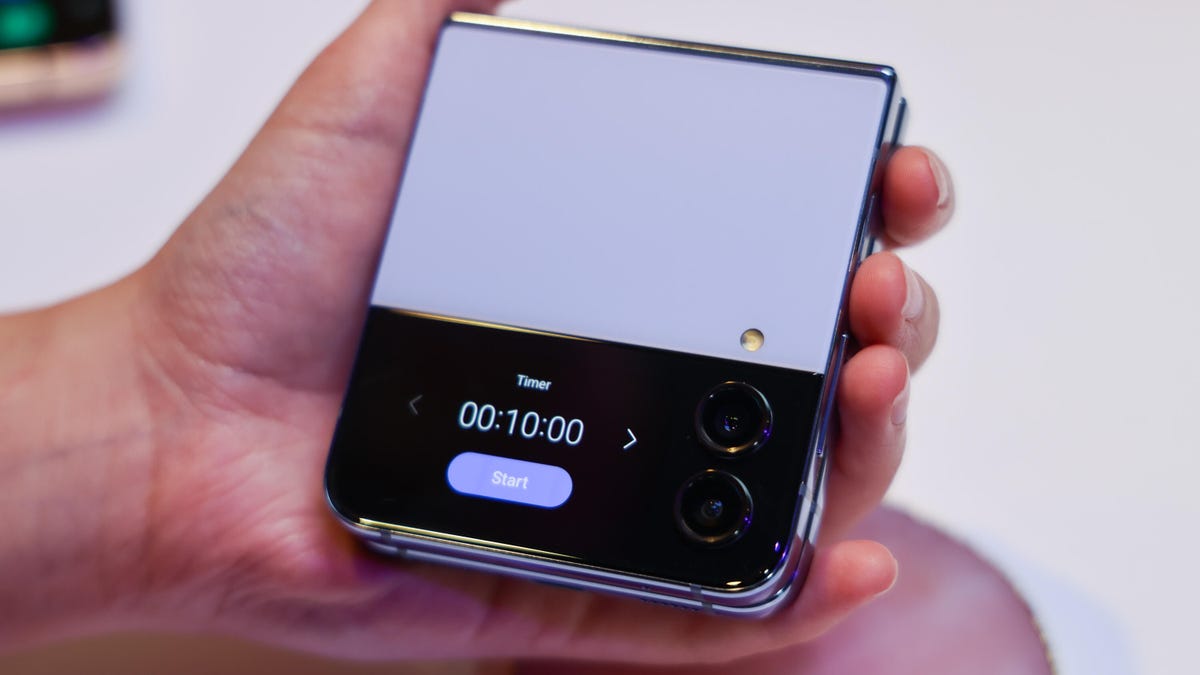 Foldable phones have been widely available for about three years, but they still make up just a fraction of the smartphone market. The Z Flip 4 and Fold 4 are Samsung’s attempt to change that.

Samsung announced the Galaxy Z Flip 4 during its Unpacked event last week, marking another stage in the company’s effort to popularize foldable phones. The new Z Flip 4, which goes on sale Aug. 26 and starts at $1,000 (£999, AU$1,499), has a bigger battery and improved nighttime photography capabilities compared to its predecessor, plus new software that leans into the phone’s foldable design.

The Galaxy Z Flip has proven to be the most popular foldable yet according to market research estimates. But across the industry, high prices, subpar cameras and battery life compared to standard phones and a lack of compelling features have hindered the general appeal of foldables. With the Galaxy Z Flip 4, Samsung is addressing some — but not all — of those concerns. More importantly, it’s also making progress in understanding the audience for foldable devices like the Z Flip.

Samsung is trying to prove there’s more to the Z Flip 4’s appeal beyond its compactness. That’s why it’s leaning into Flex Mode — the feature that splits apps between the top and bottom portions of the screen when folded halfway. Now, you’ll be able to use the bottom half of the screen as a trackpad for navigating the top portion of the screen — an update that should make it easier to manipulate apps in Flex Mode.

This feature is new to both the Galaxy Z Flip 4 and Z Fold 4, although Samsung said it would evaluate bringing it to older foldables as well. In the short time that I spent with the Z Flip 4, this seemed to work pretty easily after toggling the feature on in the settings menu.

Taken together, these upgrades are a step in the right direction for the Z Flip 4. It’s unclear whether the expansion of Flex Mode and the cover display’s extra functionality are going to be enough to convert those who aren’t already interested in foldable phones. But it shows that Samsung is paying closer attention to the software in addition to the hardware, which is crucial for proving the promise behind foldable phones.

Otherwise, the Z Flip 4 is getting a handful of routine updates you’d expect to see in any new smartphone — foldable or not. It’ll run on Qualcomm’s Snapdragon 8 Plus Gen 1 processor, a slightly upgraded version of the chip that powers the Galaxy S22 lineup. Although the main camera resolution is the same as it was in the Z Flip 3 (12-megapixel wide and ultrawide lenses), the Z Flip 4 inherits the Galaxy S22’s improved nighttime photography. That means it will have a brighter wide lens and larger pixel size in addition to support for portrait mode photos in the dark. The Z Flip 4’s battery size is also getting an increase to 3,700-mAh capacity compared to its predecessor’s 3,300-mAh battery.

These are all welcome changes that cut down on the compromises you have to make when choosing between the Z Flip and Samsung’s non-folding Galaxy S phones. The previous Z Flip 3’s battery life was underwhelming, and the camera system felt like the “equivalent of the cameras you’d find on a $700 phone,” as my colleague Patrick Holland put it.

The Z Flip’s design hasn’t changed all that much, aside from some refinements. The hinge is slightly smaller and now has a glossier finish than the Z Flip 3. The Z Flip 4’s interior display is 45% more durable while the exterior is coated in Corning’s Gorilla Glass Victus Plus. Color options include the new bora purple, which Samsung just introduced for the Galaxy S22 along with pink gold, blue and graphite. These differences aren’t immediately noticeable when you pick up the device, but you can see them when looking at the Z Flip 3 and Z Flip 4 side-by-side.

The Z Flip 4’s $1,000 price is still likely too high for many people, especially since there are so many compelling standard phones on the market that cost hundreds of dollars less. With a few new software improvements and routine upgrades to the camera, processor and battery, the Galaxy Z Flip 4 doesn’t seem like a monumental upgrade.

But it still represents a turning point for Samsung’s foldables. Samsung has moved past simply making apps work smoothly across bendable screens. It’s finally trying to find new ways to interact with apps that you wouldn’t be able to get with a non-folding phone.