Netflix has so many great TV shows and movies that seemingly every time you hear about a new thing to watch, it’s on Netflix. For that reason you might be wondering how to watch the streaming service on your TV. Relax, it’s easy. Here’s what you need to know.

First, the basics: You’ll need the Netflix app, and you’ll find it either installed on your smart TV or on a device connected to your TV. The most common of these are specialized streaming devices — like a Roku, Amazon Fire TV or Apple TV — or game consoles, like a PlayStation or Xbox. Once you have the app and the device, you’ll then need a Netflix subscription and a stable internet connection.

Ready to get hooked up? Here’s everything you need to know.

Getting started with Netflix on a TV

Netflix plans start at $9 a month, a price that enables you to watch a single screen at a time (TV, phone or whatever), with the downside being it offers relatively low video quality (standard definition, or SD). For people who want to watch on a big screen it’s worth moving up to Netflix’s most popular plan ($14 a month), which enables you to stream in high definition, or HD, to two screens at once. If you have a 4K TV or want to watch on up to four screens at once, you’ll want the $18 subscription.

See it at Netflix

Next you’ll also need some way to connect the internet directly to the device that will stream Netflix (more on that below). Depending on the device you may need a wired Ethernet connection or, more commonly, Wi-Fi. To connect that device to Wi-Fi, you’ll need to make sure you know your Wi-Fi name and password. Netflix recommends a minimum connection speed of 1.5Mbps and most broadband services can reliably achieve this, but if you’re unsure try visiting SpeedTest to measure your speed.

Read more: How to improve internet speeds for Netflix, Hulu and more

Devices you can use to watch Netflix

Once you have an account and internet connectivity, you’ll need a device to watch Netflix on. Just like on your phone, there’s a Netflix app for TVs and other devices including media streamers and video game consoles. The app is free, but of course you’ll need to install it on the device first. Bear in mind that all of the options below presume either Netflix is on board your TV or you have a modern TV with an HDMI port.

If you have an older, analog TV without HDMI, sadly these options won’t work for you. Roku used to make a streamer with analog out called the Roku Express Plus, but has been replaced with a model with HDMI only. If you really don’t want to buy a new TV just to get Netflix, you may be able to find one of the former versions — just look for the tell-tale AV-out port.

Smart TV: If you have a flat-screen TV manufactured in the last 10 years you can probably already watch Netflix on it. Modern TVs integrate streaming services like Netflix into an interface known as “smart TV.” While some TVs have a dedicated Netflix button on the remote, most compatible models have a smart TV button that should let you access the streaming apps available. The app may be older, slower and not as slick as the modern version, but if you want to access Netflix right now, it should still work.

Streaming device or game console: While some TVs have Netflix apps built-in, many people watch Netflix on TV using a separate device connected to their TVs. If you’re not using the TV’s built-in smart platform, you’ll want to be sure the TV has an HDMI port. Almost every device of the Netflix devices we’ll mention below use HDMI connections.

Likewise your Blu-ray player or gaming console might have a Netflix app. If you have a relatively recent console — from the Xbox 360 or PlayStation 3 and up — you’ll be able to access Netflix on it. For example, the PlayStation 3 is still able to offer the most up-to-date version of the app, which includes browser sign-in.

Mobile device: Phones and tablets can also control Netflix on a TV, although the process can be a bit more complex than either of the two methods above. If you want to use your phone to control Netflix, you can use a feature called Chromecast built-in, or for Apple users AirPlay, to stream video from your device. Recent TVs from Sony and Vizio enable users to navigate the Netflix app on their phone, and then press the Cast button (below) to stream to the TV. Apple users can use the AirPlay icon (a TV with an arrow beneath it) in a similar way for Roku devices, Apple TV and other recent televisions. You can then control the action with the phone or the TV remote. If your TV doesn’t have Chromecast onboard, for example, you can add a Google Chromecast, which plugs into a spare HDMI port.

Once you’ve got your device set up, you’ll open the Netflix app and be presented with a login screen. Recently, Netflix added the option to sign on with a separate device, even on older streamers like the PS3. No more typing long usernames and passwords with a remote, just click on Sign on from Web at the bottom right of the screen. The device will give you a choice of a QR symbol or a code to type into an already-connected device (like your phone) here. However, if your TV or streamer doesn’t have this capability, and you need to enter your Netflix login (username and password) manually, first confirm the login details on a computer or phone first before trying it on your TV.

While your current smart TV, game console or Blu-ray player with Netflix is the cheapest option, it may not be the best one for you. If you have an older device, for instance, you may find its Netflix app to be sluggish or unreliable. You also miss out on interface improvements or new features, such as the ability to watch interactive shows such as the Black Mirror special Bandersnatch or You vs. Wild (though it’s not guaranteed). Or maybe you’d rather use a real remote instead of your console’s controller.

The best way to access an up-to-date Netflix is via a new streaming device. Prices start at $30 with the Roku Express. Just plug one of these devices into a spare HDMI port on your current TV and follow the onscreen prompts. Many streamers include Netflix by default, but each device (except Chromecast) also has a Streaming Channels list or App Store for downloading the app for free.

Most TVs today are 4K models, and our favorite steamer for 4K TVs is this Roku device. It combines Roku’s simple interface with the improved image quality of 4K and HDR — both of which are available on Netflix if you get the most expensive plan.

If you don’t have a 4K TV and just want the cheapest option, our pick is the basic Fire TV Stick. In addition to streaming Netflix and a bunch of other apps, it has a remote with built-in voice search, thanks to Alexa.

Best for gamers and Apple fans

The Apple TV 4K is the Rolls Royce of streaming devices, with a luxurious feel and all the fixins. It supports Dolby Vision HDR for higher-quality visuals on certain Netflix shows. It also enables iPhone users to stream from the Netflix app using the AirPlay button. The device was updated earlier this year with a faster processor (which is great for playing games) and an upgraded remote.

One more option: Upgrade to a smart TV

If you’re going to buy a new TV anyway, chances are it will have an up-to-date smart TV system. Our favorite is Roku TV. It’s easy to use and it offers the most comprehensive selection of streaming services out there. And it’s cheaper and more readily available than a new Xbox Series X or PlayStation 5, with prices starting around $150.

Check out our list of the best TVs — all of them are smart TVs with Netflix built-in. 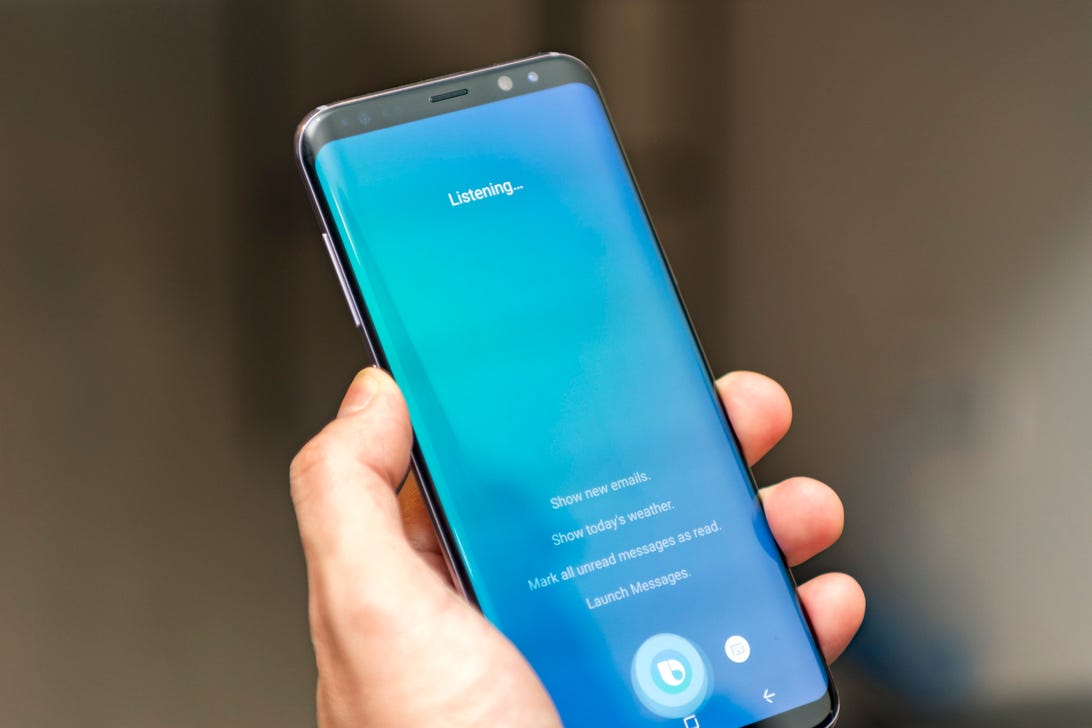 Samsung’s Bixby assistant now controls your ovens and robo-vacuums, too 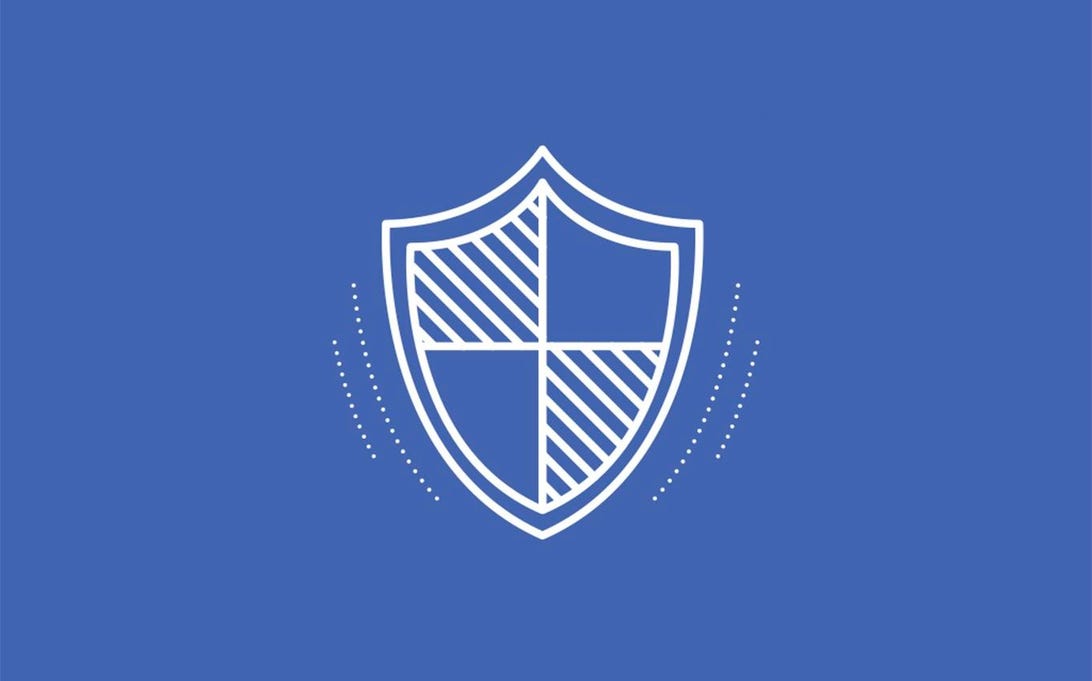