If you purchased one of Samsung’s most recent Galaxy phones, you don’t have to worry about its software feeling outdated anytime soon. Samsung committed to offering four generations of Android operating system upgrades for the Galaxy S21 and later models. With a policy like this, Samsung is even ahead of Google when it comes to software support.

Android OS updates are important because they bring new features and functionality to your phone. Android 13, which is launching this fall, will introduce changes like updates to Google Wallet and end-to-end encryption for group chats. Those who want to try the software now can check out the beta version of Android 13.

But there’s another reason why software upgrades are so critical: security. Updates typically include bug fixes and security patches, so it’s a good idea to install them soon after they become available. In addition to offering four years of Android OS upgrades, Samsung will also provide five years of security updates for the Galaxy S21 and later. The company also rolls out periodic security updates for older devices, including those that are no longer upgradable to new Android versions, which you can read more about here.

Samsung also customizes Google’s Android software with its own interface known as One UI. Phones that are eligible for Android operating system upgrades also typically get the latest version of this software. You can see a list of Samsung devices that support the newest iteration of One UI here.

Check out the tables below to see how long Samsung will provide Android OS updates to your phone. 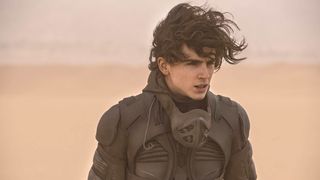 Dune on HBO Max gets a slightly earlier release date HP spring sale: Save $300 on laptops and get 20% off accessories