Xiaomi 12T Pro Review: A 200MP Camera Isn't the Only Standout Feature A big pixel count isn't everything. Can Xiaomi's camera live up to the hype? 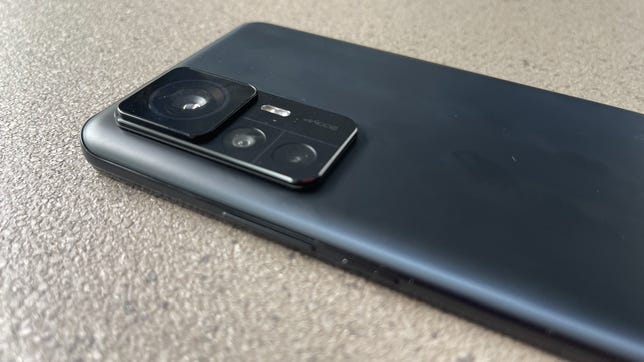 There’s a new leader in the smartphone camera megapixel race. Xiaomi’s 12T Pro, announced in September, took the lead with its whopping 200-megapixel camera. It has a Samsung-made 1/1.22-inch sensor, making it one of the highest-resolution camera sensors available on any phone.

Xiaomi has always equipped its phones with massive cameras, but higher megapixels don’t necessarily mean higher quality photos. That was true in my experience, but the 12T still takes impressive photos for a phone of its price.

In addition to the headline-making camera module, the Xiaomi 12T Pro has all the trappings of a 2022 flagship. There’s a 6.67-inch AMOLED display, a speedy Snapdragon 8 Plus Gen 1 processor, a large 5,000-mAh battery, super-fast 120-watt charging and 5G compatibility. However, there are a few things missing, such as wireless charging and an official IP rating. The Xiaomi 12T Pro launched in the UK earlier in the fall for £699, which converts to roughly $780, and AU$1,230.

I tested the 12T Pro for a couple of days and can confirm that Xiaomi delivers on its promise of “unprecedented image clarity, low-light capabilities and quick focus” — except maybe for the “unprecedented” part. As you scroll down through this story, you’ll see what I mean.

As mentioned earlier, the hero of the 12T Pro’s photographic setup is a 200-megapixel main camera that permits up to 2x optical zoom by cropping in on its larger sensor to 12.5 megapixels. This trick is similar to what Apple does on the iPhone 14 Pro and likewise Google on its Pixel 7 Pro, both of which cost more than the 12T Pro and have a dedicated telephoto camera as well.

The 200-megapixel main camera captures 12.5-megapixel images using an approach called pixel binning, which combines 16 pixels into a single “larger” one to achieve better low-light shots. Samsung, Apple and Google use similar techniques to squeeze more performance out of the tiny camera sensors on their phones. The 12T Pro’s camera takes 12.5-megapixel photos by default, but you can switch to either a 50-megapixel or 200-megapixel setting. Doing so helps you retain finer details when cropping and zooming and works best under brighter conditions, like outdoors on a sunny day.

Alongside the main camera is an ultrawide camera with an 8-megapixel sensor and a macro camera with 2 megapixels.

In general, I found photos from the main camera, given its price, to be respectable. Its ability to capture detail from faraway subjects in both bright and low-light conditions is a strong selling point. It was also good at focusing on fast-moving subjects and had better zoom capabilities than my two-year-old iPhone 12 Pro Max (the most recent iPhone I had on hand).

The 12T’s camera performance could be a worthwhile upgrade for people who are upgrading from a phone released in 2020 or earlier. But we’ll need more testing to know for sure, because it wasn’t perfect. Color accuracy was an issue — and that’s something a 200-megapixel sensor can’t fix. It’s another reminder that phone cameras with high megapixel counts don’t always deliver proportionally better photos. The iPhone 12 Pro Max took photos that looked more true-to-life.

And, I get the sense that the ultrawide and macro cameras were an afterthought in the 12T Pro. Photos taken with the 8-megapixel ultrawide camera looked OK but images taken at night had soft details. Despite all this, I believe Xiaomi gets away with it since the main camera doubles as a 2x zoom and lets you take lovely portrait shots.

Below are some photos I took with the Xiaomi 12T Pro.

The photos below of my dog, Rocky, were taken with the Xiaomi 12T Pro and an iPhone 12 Pro Max in my bright, sun-facing living room. In the 12T’s photo, color accuracy wasn’t great. Rocky’s coat looks a little washed out. In real life, it’s richer and warmer.  The iPhone 12 Pro Max managed to capture the colors of his golden brown coat more accurately.

However, the 12T Pro did a better job of nailing the color of Rocky’s coat in the portrait mode photo below, which was taken in lower light.

I took the photo below just after sunset. Notice how well the 12T’s camera, and its pixel binning, did at brightening the image.

Xiaomi’s 12T Pro is equipped with a large 5,000-mAh battery, which was pretty long-lasting in my experience. A single charge lasted nearly 15 hours with 11% remaining. I also conducted a 45-minute battery test that involved putting the phone through a number of fairly intensive tasks at full brightness. Those tasks included downloading and playing the mobile game Genshin Impact, watching YouTube videos, and uploading files to Google Drive. When I started, the battery was at 60%, and 45 mins later it was down to 47%.

But even when you eventually run out of juice, refilling the 12T Pro’s 5,000-mAh battery is extremely quick work. The 12T Pro comes with a 120-watt ultrafast charger inside the box, claiming to fully recharge your battery in just 19 minutes. And it lives up to that claim, too — frankly I was stunned to see a full battery icon again within just 20 minutes. This might be my favorite feature of the Xiaomi 12T Pro — possibly even more than that 200-megapixel lens! That’s because I don’t see myself actually using the camera on the 200-megapixel mode much as it’ll eat up my storage, but I’ll definitely be charging the phone everyday. Having an ultrafast charger makes a more meaningful difference to my life. Keep in mind that the iPhone 14 and Galaxy S22 charge at a max of 20W and 25W, respectively, and neither comes with a wall charger.

The Xiaomi 12T Pro runs on Qualcomm’s latest Snapdragon 8 Plus Gen 1 backed by 8GB of RAM and 128GB or 256GB of storage, making it a powerhouse – at least in theory. During the course of my day, performance seemed absolutely fine. Gameplay was smooth and scrolling through feeds was seamless. But when I put the 12T Pro through our WildLife Extreme stress test, it failed to complete the test on the first attempt, as the phone had apparently overheated. However, I was able to complete the performance test on my second try, and it delivered a respectable result. Unless you’re truly a power user, this phone should run without a hitch.

The Xiaomi 12T Pro has a 6.67-inch OLED panel that is bright and clear under whatever lighting conditions I tried. There’s a centrally positioned cutout for the selfie camera near the top. The display has a 120Hz refresh rate that can be dialed back to preserve battery life. Most phones have refresh rates of 60Hz, which means the screen refreshes 60 times in a second. 120Hz displays can look a lot smoother when scrolling through webpages by comparison.

The review unit I was sent came in a classy matte-black color. It looked sleek but it was quite obvious that the rear was made of plastic. The front uses Corning Gorilla Glass 5.

Overall, I think the Xiaomi 12T Pro is an option worth considering if you’re looking for an Android alternative to Samsung’s Galaxy S22 lineup. It has a fast processor, fantastic battery life, ultrafast charging, and lots and lots of megapixels in its camera. While Samsung’s phone does have better zoom skills, thanks to a dedicated telephoto camera, its main camera probably won’t let you enlarge and crop into a photo without losing detail as well as Xiaomi’s phone does.